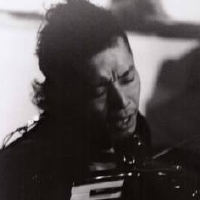 Around 1987, started to release many songs as songwriter, recording engineer and producer from both major labels and independent labels. Engaged in various activities including collaborations with many unique artists, such as Kuni Kawachi (contemporary musician), Yoshino Mickey (organ player), Takio Ito (pioneering folk-song singer), Kyosuke Himuro (rock singer). In recent years, often collaborating with players of Japanese instruments (shakuhachi (five-holed bamboo flute), koto (a kind of harp) and shamisen (three-stringed lute)). And having exchanges with many stage creators including Yoko Narahashi (film director, Hollywood casting director) and Masayuki Imai (organizer of a theatrical group, and actor) and engaging in progressive activities also in the field of performing arts other than music.

1987 Released an album, “MAMAMIA” from Pan Label ( by S&B Food Inc.) (In name of Hideki Maegawa)
1988 Played his own work, “Star Shine” which was a musical play produced by PARCO (stage-managed by Yoko Narahashi, and played with Tetsuya Bessho, Masayuki Imai etc.)
1992 After closing an interim contract with a record maker, Sony Entertainment, concluded an artist agreement with For Life Music Entertainment Inc.
1994 Established his own label, “Guerrilla Record” and formed his own group “Shonen Guerrilla”
1995 Released an album, “Shonen Guerrilla: Kirai Demo Kike”
1997 Started live performance titled “SEX & TRADITIONAL” together with Takio Ito, an artist of modern folk music mainly at PARCO theater
1998 Joined in “chichu-mega”, an unit of joint sound production at the invitation of Kawachi Chito, a sound producer
1999 Composed a big music band named “Mammoth Show” performing with many percussions (members: Yuta Sato, Saigenji, etc.)
2002 Established his performance company, “MI-KUNI”
2005 Wrote music for “Bugs Guba”, performance by a dance group, Bugs Under Groove at Theater Apple

Recording by Jujiro Maegawa
1996 Engaged in songwriting of all songs, producing, VOX of “Kirai Demo Kike” by Shonen Guerrilla (from UK), (with Yuta Sato, Manabu Sakata etc.)
1997 Engaged in recording of two titles of a combination album by B.B.Q Rock (from Pony Canyon) (playing own works in name of Echizenya Hideki/Shonen Guerrilla)
2000 Engaged in joint producing and collaboration of songwriting for “Wonder-Full Life” by Taichi Imanishi from Sekai Honten Record
2002 Engaged in recording and mixing of an album, “Tokyo Bugaru” by Kuni Kawachi and The Happening Four, and joined in their nationwide tour
2003 Engaged in mixing and treatment of “GINASA DONBA Recital” by Yoko Nagisa (from Sound of Elegance)
2004 Engaged in soundtrack producing of DVD, “RIDE ON BABY” by Mitsuhiro Oikawa (from VAP Inc.), and mixing of an album of Kuni Kawachi and The Happening Four (from Happenings Record)
2005  Engaged in producing, recording, mixing and engineering of an album, “FUNKEESTYLE” by IKURA (from Substance, Victor Entertainment Inc.) (all songs were written by Ken Yokoyama.)
2006 Engaged in joint songwriting, producing and mixing of two titles of an album, “LAB-Siva” (from Ego Vibe)
2007 Engaged in soundtrack producing and mixing of an original work, contemporary-version “Swan Lake” presented at a dance performance by Tani Momoko Ballet
2008 Engaged as recording engineer for a best album by Kyosuke Himuro, “Singles Compete Best”
2009 Engaged in producing of an album, “Yugen” by Katsuji Sawada, a player of Tsugaru-shamisen which is a three-stringed lute for folk-songs in the northern area of Japan 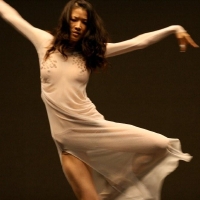 Soloist of the New National Theater Ballet, Tokyo .Member of a performance company, “MI-KUNI”
With parents who both are actors, grew up in a family engaged in performing arts by profession. And have been exposed to various music and arts from early childhood. Started practice of ballet at the age of eight as therapy for trouble in the hip-joint motion, following a doctor’s advice. After having learned in Horimoto Ballet School, Matsuyama
Ballet School and Tani Momoko Ballet School, belonged to Tani Momoko Ballet Company as a professional dancer and played the title roles of “Swan Lake”, “Paquita” etc. from 1994 to 2007.
Entered into an agreement with the New National
Theater Ballet in Tokyo in 1997 and having worked for all stages of the company through 2004. While taking major roles in classic-ballet stages, actively working also on creation of contemporary performing arts.


Won the third prize at the Fifty-Second Japan Dance Competition organized by the Tokyo Shinbun (a newspaper company)
1997
Entered into an agreement with the New National
Theater Ballet in Tokyo, and later in 1999, was promoted to a soloist dancer

Played major roles of ballet classics such as ‘Myrtha’ in “Giselle” and ‘Lilac fairy’ in “the Sleeping Beauty”
2002
Established a performance company, “MI-KUNI” with Jujiro Maegawa etc.
2004
Participated in “Chang mu International Dance Festival” in Korea (performed as a member of “MI-KUNI”), and “Theatrical Performance Project by Ohno Kazuo”
2005
Performed at “the Fifteenth Japan Ballet Festival” organized by Akiko Tachibana Memorial Foundation
2006
Presented the first work by own choreography, “Kurokami” at a periodical performance by Tani Momoko Ballet Company

Being on stages created by various choreographers 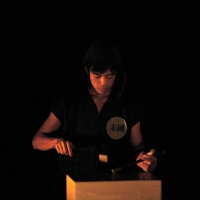 2000, Masaya started his professional career as a drummer / percussionist. Most of his work involved in collaborations with jazz musicians in sessions at live house around Tokyo.
2003, Masaya was taken as an apprentice/assistant of a percussionist Tomo Yamaguchi (well known percussionist in Japan because of his unique talent as a Junk Drum performer). At the same time, he joined "TICOBO",a performance unit of playing original drums and percussions made by obsolete materials which was established by Tomo Yamaguchi.
He performs at live event, concert, workshop and TV shows(which are widely broadcast) across Japan up to the present date.

At present, he is operating across any boundaries to seek the essential relationship between
BODY, RHYTHM and LIFE by Japanese and Eastern philosophy. 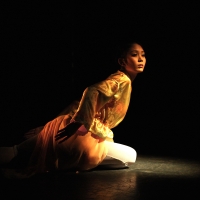 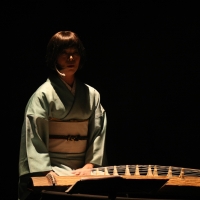 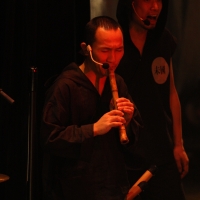 He wandered in Asian countries, and acquired accomplishments as a musician. After returning to Japan, he studied from Ichiro Seki.
He can play not only bamboo flute but also Didjeridu, and he makes bamboo flute